Perfect Time To Upgrade Your Drupal 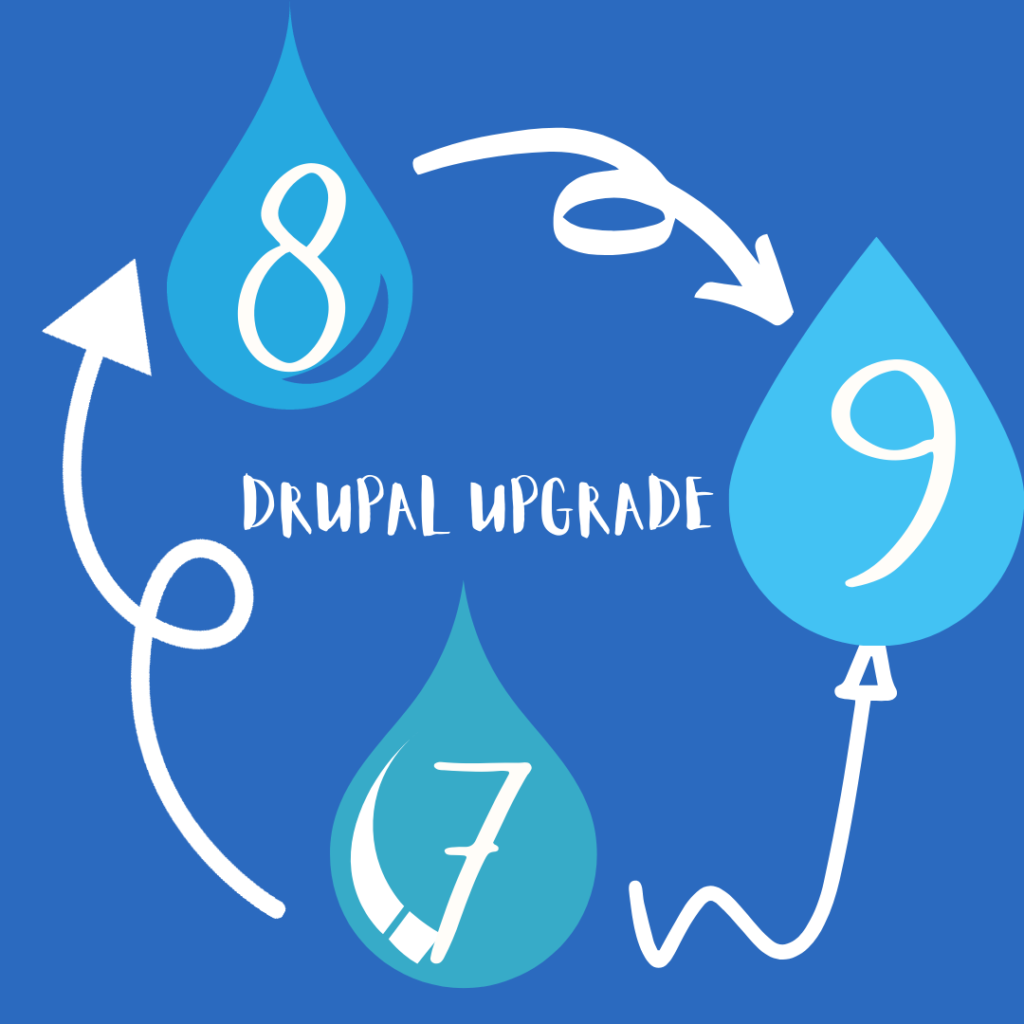 Drupal 7 has served us for more than a decade and it continues to do so. Initially, the end of its life was scheduled for November 2021. However, considering the adverse effect of Covid 19 on businesses, the Drupal community decided to extend its date till November 2022. As of the time of this writing, it has been extended to November 1, 2023. Whether it ends in 2022 or 2023, the bottom line is that it’s time to revamp or upgrade before it disrupts your website.

If you are currently on Drupal 7, you may ask what this means for you. Firstly, the End of Life of this version of the Drupal CMS means that if you are still using D7 after November 1, 2023, you will not be getting community-based and security updates. The Drupal community officially stops supporting D7 after the said date. Therefore, you are bound to be faced with threats that frustrate your efforts to meet the needs of your customers if you’re still using D7 by then.

The EOL of D7 doesn’t mean that it will cease to exist altogether. As explained, it means that it will stop getting official support from the Drupal community and the focus will be shifted to the newer version made. This is bound to affect the maintenance of your website.

Is upgrading to Drupal 9 a difficult task?

Because Drupal 9 is a huge upgrade, the migration process is rather difficult. It necessitates a lengthy process, much research, and specialized knowledge.
Nevertheless, D9 has a ton of features integrated into its core that make it appealing.

To make the upgrading process easier, you can migrate to Drupal 8 first, then to Drupal 9. However, Drupal 8 reached the end of its life cycle in 2021. Because of the large number of sites currently using Drupal 7, the Drupal community agreed to extend the deadline for Drupal 7. That being said, migrating to Drupal 8 before 9 is not necessary. Drupal 9 is mainly a continuation of D8 features and it still maintains backward compatibility.

As mentioned above, this is a major upgrade. Drupal’s underlying technology and architecture were significantly upgraded to produce a more powerful and future-proof platform.

This opens up tremendous opportunities for both businesses and their end-users, but it does not necessitate a major investment of time and resources. New technologies and processes must be learned, modules and themes must be rebuilt, the material must be audited, and objectives must be redefined.

The good thing is, this will only happen once. Drupal’s approach to the version releases was redesigned in tandem with its architecture. Upgrading to a new major version in the future will be more like keeping up with minor updates, and it will not necessitate a substantial change.

Benefit/features of Drupal 9 when compared to 7

For developers and editors, Drupal 9 is extremely similar to Drupal 8.9 except for deprecated code. Drupal 9 includes several features that will be updated twice a year to allow businesses to keep up with the market.

• Drupal 9 provides Backward compatibility, which means it can work with CMS versions 8 and higher. It will be able to access data, configurations, and modules generated on the same website as Drupal 8, preserving the performance of the system. Drupal 10 will also be completely compatible with Drupal 9 and so on, in a similar way.
• With Drupal 9, you won’t have to deal with a million configurations because media handling is included in the core. Furthermore, the media library allows you to manage and reuse media like a pro.
• Faster and better performance is guaranteed with Drupal 9. Dries Buyteart, the Drupal founder, recently stated that upgrades from Drupal 9.1 forward will allow for faster and improved website performance. D9 also offers superior scalability and speed, as well as faster page loading, thanks to in-built Bigpipe support.
• Drupal 9 has also done a step further in its support for presenting responsive pictures that are tailored for different user devices. Responsive photos transmit less data than fluid full-size images because they load the smallest device-size image first and then gradually improve the quality. As a result, your Drupal 9 sites’ pages will be better load optimized.
• Drupal 9 features a well-structured codebase. In Drupal 8, the use of deprecated codes has been discontinued. Hence, Drupal 9 will ensure that the drupal environment no longer supports the deprecated code. The purpose is to make D8 modules compatible with D9 by making it a simpler and cleaner version.

Switching to another CMS

It is expected that upgrading from Drupal 7 to 9 will be a major project. Switching platforms totally, on the other hand, might be more costly and disruptive, but can be the best approach and a painless process if handled by a professional website design agency in Nigeria. If you leave Drupal, you will have to rebuild your website’s architecture, capabilities, and Search Engine Optimisation (SEO) features, as well as its integration. Implementing new technology and product ecosystems come at a price. This begs the question, are you willing to pay the price? Would you rather bear the cost of switching platforms completely or accept the challenge of upgrading to Drupal 9?

More importantly, by switching to a CMS platform like WordPress, you will also benefit from similar advantages that Drupal has to offer, which are flexibility and security, accessibility and content editor experience improvements, and data portability.